Posted on April 7, 2011 by JF-17.com
By Greg Waldron
Pakistan has inducted its newLockheed Martin F-16 Block 52+ fighters, while its first two full-strength squadrons of Chengdu/Pakistan Aeronautical Complex JF-17 Thunders are also on the verge of becoming fully operational.
The Pakistan air force inducted 17 F-16 Block 52+ fighters into its 5 Sqn on 11 March, the service says. The final aircraft in the 18-unit deal is still in the USA undergoing testing and will arrive in another month.
Pakistan’s new batch of aircraft comprises 12 single-seat C-model versions and six two-seat F-16Ds. The air force says it is also in negotiations with the USA for additional Block 52+ aircraft, with its original deal having contained an option for another 18.
Pakistan’s new F-16s are powered by Pratt & Whitney F100-229 engines, with other systems understood to include Northrop Grumman’s mechanically scanned APG-68(V)9 radar and ITT’s ALQ-211(V)9 advanced integrated defensive electronic warfare suite.
A proposed weapons package outlined by the US Defense Security Cooperation Agency in 2006 included 500 Raytheon AIM-120C5 advanced medium-range air-to-air missiles and 200 short-range AIM-9M-8/9 Sidewinders, plus 500 Boeing joint direct attack munitions, 1,600 enhanced GBU-12/24 laser-guided bombs and 700 BLU-109 penetrator bombs.
A mid-life upgrade of 34 F-16A/B Block 15 aircraft is also under way, with some being upgraded in Pakistan and some in Turkey. The project is likely to be completed next year, and will see the aircraft equipped with modern sensors and weapons.
Meanwhile, Pakistan’s first full-strength squadron of 18 JF-17s is likely to become operational next month, with a second unit of the same strength likely to follow within two months.
At Air Show China in Zhuhai last November, Zeng Wen, vice-president of the China National Aero-Technology Import and Export Corporation (CATIC), said Pakistan had 50 firm orders for the JF-17, but could end up buying 200.
Pakistan will use the JF-17 to replace a number of types, such as the Chengdu F-7,Dassault Mirage III and Mirage 5 and the Nanchang A-5. All A-5s will be decommissioned by early April, says the Pakistan air force.
China and Pakistan jointly developed the JF-17. Pakistan began indigenous assembly in 2009, and could incorporate Western avionics, radars and other systems into the type from 2012.
© Reed Business Information 2011 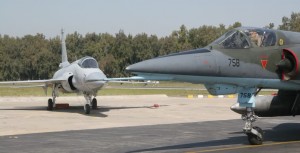 Source
This entry was posted in News. Bookmark the permalink.